Home›Bitcoin›Reinventing yourself in the Metaverse through digital identity

Reinventing yourself in the Metaverse through digital identity 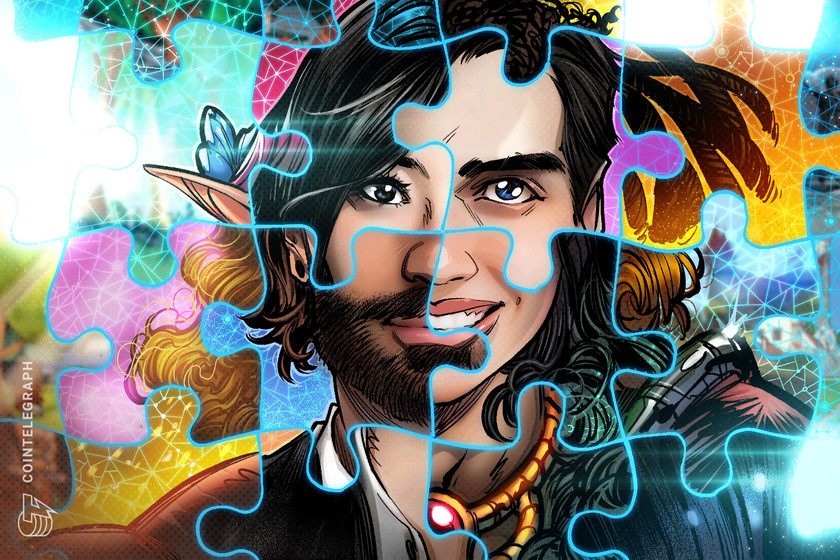 Metaverse users can reinvent themselves with a digital identity built upon avatars and digital assets, but there are challenges to consider.

The Metaverse has become one of the biggest buzzwords of the year as a number of brands, companies and even countries begin to explore virtual worlds to conduct business. Even though Metaverse development is still underway, a recent report from the technology research and advisory firm Technavio found that the Metaverse will hit a market share value of $50.37 billion by the year 2026.

Another report predicts that the growth of the Metaverse will be driven by e-commerce, which is expected to reach a market share of $60.47 billion by the year 2026. E-commerce across social media platforms is also expected to increase over the coming years, which may suggest that the Metaverse will advance as the next generation of social networking. Therefore, it shouldn’t come as a surprise that a number of Millennials and Gen Zers are currently showing interest in the Metaverse.

Digital identity is key to the Metaverse

Findings from the “Digital Ownership Report 2022” report from the Metaverse platform Virtua show that younger generations are particularly excited by the potential for reinventing themselves in virtual worlds that allow for the creation of digital identities and ownership. For instance, the report found that 63% of American millennials expect the Metaverse to help them reinvent themselves, while 70% of Americans surveyed agreed that digital items like clothing and artwork are already an essential part of their identity.

Jawad Ashraf, CEO and co-founder of Virtua, told Cointelegraph that the ability for individuals to reinvent themselves is a key feature of the Metaverse:

“Many people today have reinvented themselves on social media, as they are projecting an image that is still personable and interactive. The Metaverse allows users to express themselves through an avatar, allowing each person to be themselves without the fear of face-to-face interaction.”

According to Ashraf, people will be able to express themselves much more freely in the Metaverse in comparison with Web2 social media platforms like TikTok and Instagram. He believes this is the case due to the fact that users will be able to customize avatars to portray themselves while leveraging digital assets that they own. He added that every aspect of Virtua’s metaverse is customizable, allowing users to create their own avatars to reflect their “digital identities.”

Janice Denegri-Knott, a professor of consumer culture and behavior at Bournemouth University and a researcher behind Virtua’s digital ownership report, told Cointelegraph that there is not yet an official definition for digital identity within the context of the Metaverse. However, she believes that if digital identity is thought about pragmatically, it can be defined as “the unique, identifiable information that is connected to a person when online.” As such, the concept of digital identity, in this case, extends much deeper than customizing an avatar to resemble oneself. Denegri-Knott elaborated:

“The Metaverse with its blockchain infrastructure affords users the potential to assume greater ownership rights over their own data, giving them more control over the information they share with others. The beauty of the Metaverse is that a user can have different digital identities, such as a workplace identity, sporting identity and personal identity, while all still being based on the user’s real-world identity.”

Denegri-Knott added that she believes the idea of individuals extending themselves digitally is an instructive one. “Rather than thinking of digital identity as being separate from, but rather connected to an ‘offline/real’ identity is helpful. This will allow us to see how our sense of self may be ‘digitally’ extended in our ability ‘to do’ and to ‘express ourselves,’” she explained.

With this in mind, Denegri-Knott pointed out that the digital items that users own in the Metaverse will play a fundamental role in the development and expression of self, just as material items help people achieve intentions and goals in the physical world. This was highlighted in Virtua’s report, which found that 70% of consumers feel their digital items help create the perception of who they want to be. Moreover, 75% of surveyors expressed that they were emotionally attached to the digital items they own in the Metaverse.

Echoing this, Chris Chang, co-CEO of ZepetoX — an Asia-based metaverse initiative — told Cointelegraph that similar to how real-world objects encapsulate a person’s physical space, digital assets in the Metaverse provide clues about a person’s tendencies. “The Metaverse is a setting wherein one can explore relationships and identities different to the physical realities that one is born with,” he said.

This aspect is particularly important, as Denegri-Knott further explained that avatars within the Metaverse can help individuals achieve goals that are perhaps inconceivable in the real world:

“One of the first cases I reported for Virtua was that of an avid Second Life member who lived in squalor, but who in Second Life led a successful life and lived in a palatial home. In our digital avatars, we can realize the blocked goals in our physical lives and achieve the status that is denied to us.”

Although digital identity is a key feature behind the appeal of the Metaverse, a number of security issues are still associated with this concept. Andreas Abraham, project manager of Validated ID — a project collaborating with the European Commission on their blockchain identity initiative — told Cointelegraph that reinventing who you are means reconsidering values, activities and possibly changing behavior. Given this, he believes that the Metaverse will allow every person to define from scratch who they are and who they wish to be.

Yet, this could lead to multiple issues including trusting if an avatar is who they claim to be. Fortunately, there are solutions to combat these challenges. Fraser Edwards, CEO of Cheqd, told Cointelegraph that self-sovereign identity, or SSI, may come to the rescue. According to Edwards, SSI is often known interchangeably as “decentralized identity,” which allows individuals to have ownership and control over their data.

In the case of avatars within the Metaverse, Edwards noted that these are moving data points capable of forming decentralized reputations. “Avatars in the Metaverse will collect online social proofs, meaning the interactions between them can act as proof for determining which ones represent good individuals (or not) while staying anonymous,” he said. In other words, this allows for anonymity while creating an element of trust: “Even if an anonymous developer exists solely in a Metaverse they could build social proofs through interactions and hence reputation with SSI.”

Related: Blockchain and NFTs are changing the publishing industry

Moreover, Edwards pointed out that while some Metaverses allow users to customize their avatars based on fictional 3D characters, some are leveraging “photo-realistic” avatars. For example, Union Avatars, a Barcelona-based virtual identity Metaverse platform, is applying real-life images to represent a user’s avatar in the Metaverse.

Cai Felip, CEO of Union Avatars, told Cointelegraph that a photo-realistic avatar is a 3D virtual representation of a user’s real-world self based on their actual image: “By leveraging computer vision technology, we have created a solution that can generate a full-body avatar from a single selfie taken with your webcam or uploaded to our webapp.” Tina Davis, chief creative officer of Union Avatars, added that photo-realistic representational avatars are used in industries where it is crucial to present oneself as they are in real life. “These fields are typically those of medicine, business, education and travel,” she remarked. However, Davis noted that the gaming industry is starting to witness broader use cases as more people adopt their virtual identities.

While innovative, protecting user data also becomes an issue in the Metaverse. Dawn Song, founder of Oasis Labs and a professor at the University of California at Berkeley, told Cointelegraph that seemingly anonymous metaverse platforms may still be able to collect user data. “As an example, in our research, we have shown the new privacy risks of the Metaverse. We need new technical solutions to better protect users' privacy,” she said. In order to combat this, Song explained that Oasis Labs recently developed a decentralized anonymous credential system with an on-chain verification to enable users to prove the properties of their identity while maintaining privacy.

“In our system, we can provide practical on-chain verification for the first time, achieving both privacy and accountability. The system, known as SNAC, has the ability to allow users to show know your customer certificates while remaining private.” SNAC uses zk-SNARKs and smart contract capabilities to verify anonymous credentials, she explained. Song added that Oasis Labs created a new solution called “metaguard” to provide an incognito mode for users in the Metaverse.

How digital identity will advance

Despite challenges, digital identity in the Metaverse will continue to progress in meaningful ways. For example, Sebastien Borget, co-founder and chief operating officer of The Sandbox, told Cointelegraph that digital identity in the Metaverse will expand to allow for interoperability within other virtual ecosystems: “Users will want to bring more than just the visual appearance of their avatar from one virtual world to another. They will also want to carry their online reputation, progression and achievements with them.”

According to Borget, digital identity will continue to build as users spend more time within the Metaverse, whether that be within gaming environments, through virtual events or in online workplaces. “Users should be able to use all their data as proof of who they are online. This will contribute to defining an individual's true digital identity (or multiple ones since there can be many),” he remarked. Borget added that a user’s digital footprint will soon become important within other sectors, like decentralized finance (DeFi):

“Even in DeFi, a crypto exchange can loan you more to buy a land if you prove you actually spend time building and playing in the metaverse. And you don’t want that data to be held in just one virtual world — in the true spirit of Web3, users shouldn’t have to be locked in one walled garden platform to carry out their history and reputation.”

Moreover, while it’s too early to tell, the importance placed on a user’s digital identity may help decrease the amount of illicit activities expected to take place in the Metaverse. For instance, Song noted that having a decentralized identity attached to other aspects of life like bank accounts could add far more functionality to the Metaverse: “Still, we need to ensure better privacy and data sovereignty for individuals if they are to use the Metaverse truly.”

How to earn interest from crypto saving ...