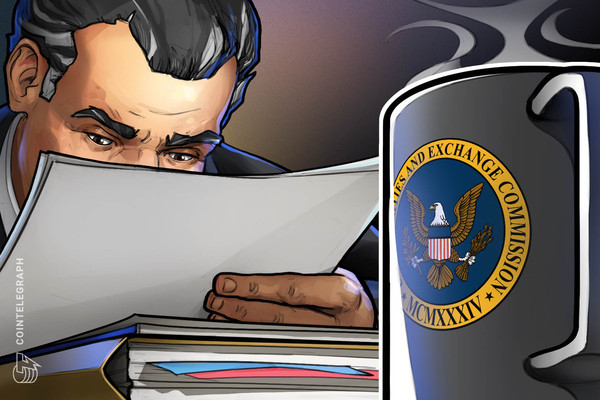 The legal team for a crypto firm facing possible securities law violations is asking for the case to be dismissed on geographical grounds.

According to court records filed Oct. 13 in the U.S. Southern District of New York, lawyers for blockchain firm BProtocol Foundation argued that a court outside the U.S. would be more suited to oversee the case due to the “international” nature of the complaint. The BProtocol Foundation legal team said the complaint was “based on a man in Wisconsin using an exchange in Singapore to purchase tokens issued by a Swiss entity,” which was not appropriate to try in New York.

“The Southern District of New York is convenient only for Plaintiff’s counsel — not for any of the parties or any of the would-be witnesses,” the legal team for BProtocol Foundation asserted. BProtocol is the parent company of decentralized liquidity network Bancor.

Co-founders Eyal Hertzog, Yehuda Levi, Guy Benartzi and Galia Benartzi suggested to Judge Alvin K. Hellerstein that the lead plaintiff in the class-action lawsuit, Timothy C. Holsworth, could file a similar lawsuit in Israel, where the four have residence. The blockchain firm also has offices there, and in Switzerland.

“Israel has a robust legal system of which Plaintiff could avail himself.”

BProtocol Foundation is one of seven crypto companies facing court in New York following a series of lawsuits filed in April. Cryptocurrency exchanges Binance, KuCoin, BiBox, and BitMEX were named in the lawsuits along with alleged crypto issuers Block.one, Quantstamp, KayDex, Civic, Status, and the Tron Foundation.

The lawsuits allege that the exchanges sold unlicensed securities without broker-dealer licensing and engaged in market manipulation in addition to a number of them selectively withholding information from investors regarding the sale of their tokens as securities. In BProtocol Foundation’s case, Holsworth alleges the blockchain firm violated U.S. securities laws with the sale of its Bancor Network Token (BNT).

However, whether or not the crypto assets in question comprise securities is not the main thrust of the argument behind the legal team’s motion to dismiss. It stated “the Court need not reach that question to dismiss the Complaint.”

“Since Plaintiff purchased his BNT on an exchange based in Singapore, his transaction was wholly foreign to the United States,” the blockchain firm’s lawyers said. ”No part of the Securities Act applies because BNT are not securities.”

The class-action lawsuits are something of a jurisdictional nightmare, with many exchanges and token issuers based outside the U.S. needing to be served using the Hague Convention. In addition, many courtrooms are still experiencing disruptions caused by the current pandemic.