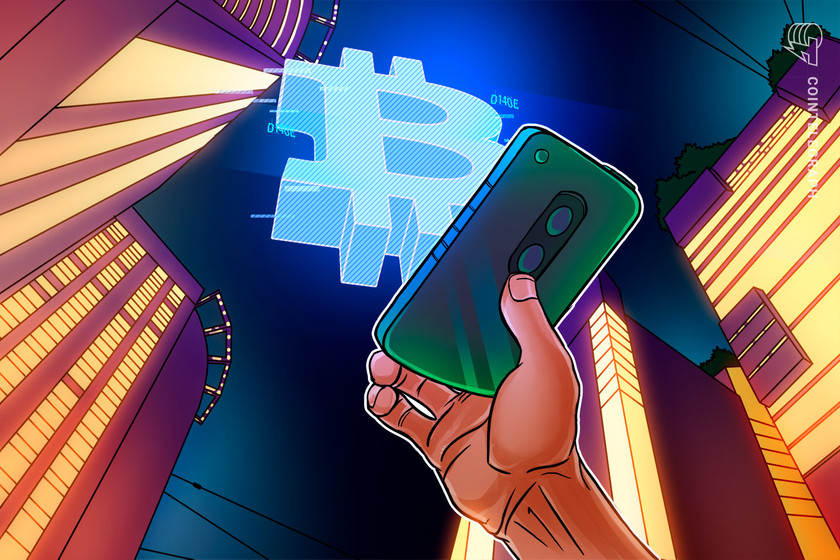 “A person literally without no internet access can go from having no Bitcoin to having Bitcoin and then go to spending Bitcoin,” Kgothatso Ngako explains.

KG, as he’s known to his friends, spoke to Cointelegraph from Pretoria, South Africa, about his fascination with Bitcoin and the hope that Bitcoin via text will bring BTC to millions of Africans.

Machankura, the #Bitcoin for feature phones service in Africa, is slowly growing. https://t.co/TZngXXVhu0

An English speaker, when KG first learned about Bitcoin, he streamed audiobooks and podcasts religiously on the way to work. As he fell down the Bitcoin rabbit hole, his 20-minute commute became a two-hour wander to the Council for Scientific and Industrial Research (CSIR) in South Africa, where he worked as a software developer.

In a separate interview, Master Guantai, founder of Bitcoin Mtaani, told Cointelegraph, “The number of cellphones in Africa is double the number of people.” However, internet-enabled smartphone penetration remains low.

In Kenya, Guantai’s home country, he explains that topping up a phone with airtime is as common as credit card payments in the West. A report by Caribou backs up the statement: 94% of financial transactions in Africa are through USSD, the protocol used to send text messages, whereas just 6% of these transactions are made via mobile apps. ​​

In sum, while there are millions of phones in Africa, they’re mostly used for texting. KG had stumbled onto something that could be huge for Bitcoin adoption in Africa.

“This year, a lot of conversations in the space were around USSD or making Bitcoin accessible on feature phones—this could be a part-time project–let me just set it up. And that’s basically how Machankura came to be!”

KG started by building an African language translation project Exonumia. Now providing Bitcoin-related education in dozens of languages, he explained to Cointelegraph that if we make Bitcoin more accessible to Africans, then, as a consequence, they will learn about money and find a way to improve their quality of life.

Once Exonumia picked up steam, he asked, “what are the other barriers to accepting Bitcoin? Language is one–the other is internet access.” He sums up the internet in Africa as a space dominated by big applications such as Instagram and Facebook. The problems inherent to smartphone users are having enough space on phones, internet connectivity and price.

KG coded up Manchakura to solve those problems, explaining, “The major focus is on spending and receiving Bitcoin.” KG explains how it works: Users dial a number and are then introduced to a menu where they can learn more about Bitcoin or register an account. "All you need to register an account is a 5-digit pin, and from there on, you are presented with a different menu: Send and receive Bitcoin.”

Here is Paco, the Bitcoin traveler who won’t stop teaching people about Bitcoin around the world, demonstrating Machankura to a teacher in Nigeria, at Cointelegraph’s request.

As a result, Lightning wallet-compatible apps on phones or computers can send Bitcoin over the Lightning Network to the phone’s number—it has effectively become a Lightning address. Machankura has integrated with Bitrefill, an increasingly popular prepaid gift card service for Bitcoin in Africa. Plus, as of Wednesday, South Africans will be able to top up their Lighting Wallets with credit from grocery stores in a partnership with “One for you,” a voucher provider.

Machankura users can now redeem @Azteco_ (and 1 For You) Bitcoin vouchers using the USSD interface. pic.twitter.com/qkPRwGzkrL

As Ngako summarizes, "A person literally without no internet access can go from having no Bitcoin to having Bitcoin and then go to spending Bitcoin."

Related: Bitcoin is for billions: Fedimint on scaling BTC in the global south

Master Guantai also shares that it works well in six African countries already. Plus, popular exchange Paxful has already shown interest, Guantai explains, as the ease with which people can be onboarded using GSM is understated.

KG flags potential concerns with the innovation as the government banning or reacting negatively to Bitcoin. The commission fees for buying the voucher could put people off, and the fact that KG understands that in offering a centralized company to onboard people into Bitcoin, there’s a risk that they don’t spend the time getting to know the technology.

Plus, the service is custodial, a point that works against the Bitcoin ethos of “not your keys, not your coins.” So, he is looking for a way to use SIM cards as private keys.